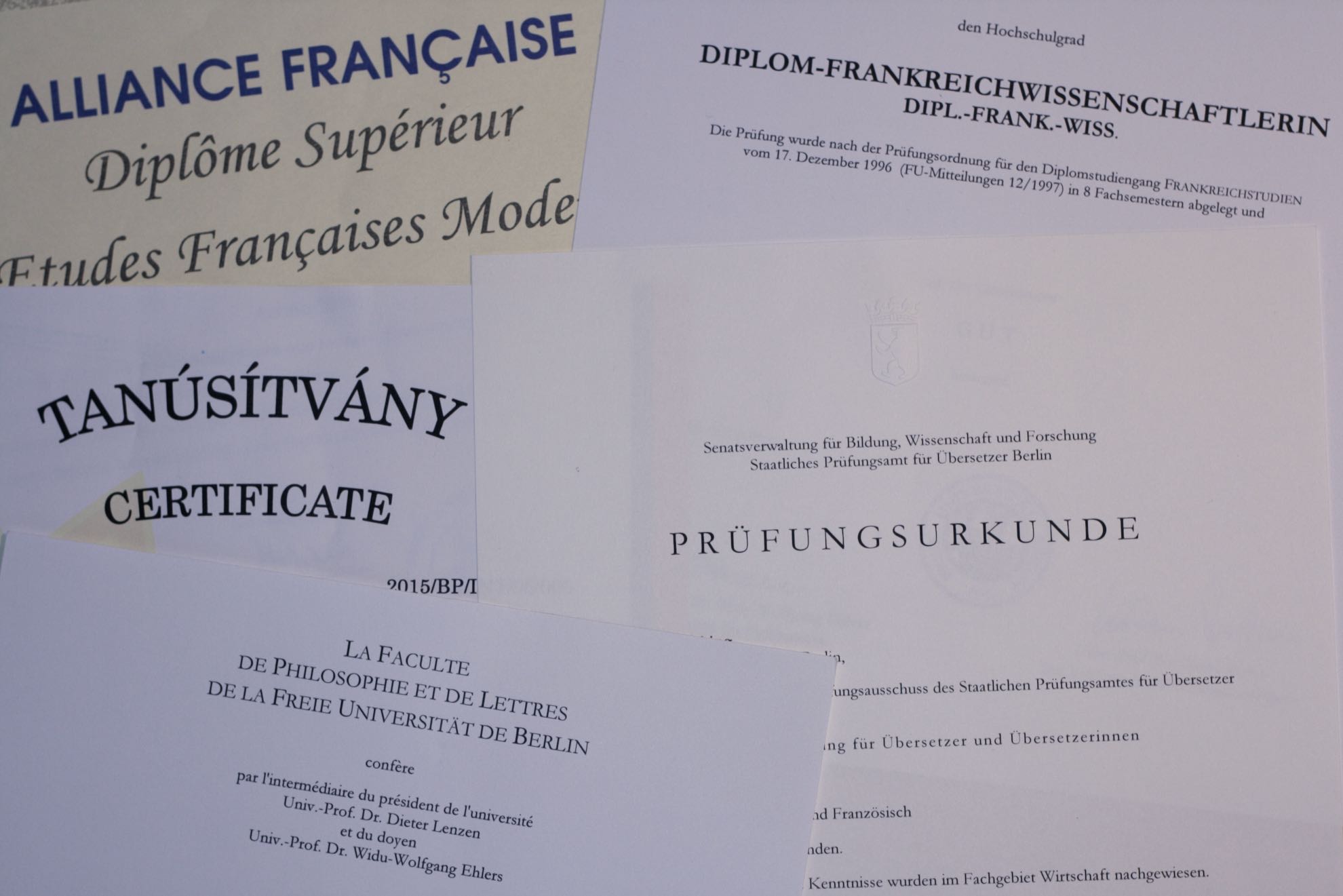 My grandad used to say I was sure to “end up in economics”, but I much preferred studying languages and foreign countries.

It was only later that I found my granddad had been right: today I am a state certified translator specializing in economics, business and environment. I also hold a degree in French studies.

My early professional experience was as an assistant manager in international enterprises. In 2007 I started working for myself.

At last I was able to focus on academic, scientific and business texts in my specialist areas of economics, environment, politics, law and finance.

In between numerous periods spent abroad in France, Ireland, the USA and Hungary, I would always return to stay in the city of my birth, Berlin, where I live today.